The Saskatoon West Conservative Electoral District Association (EDA) is a volunteer organization that is dedicated to promoting and supporting the Conservative Party of Canada. Our goal is to elect a Conservative Member of Parliament in our riding.

Through the generosity of our donors, the EDA raises funds to assist candidates during election campaigns. By becoming a member of the Conservative Party of Canada, attending local riding events, volunteering during an election, or donating to the EDA, you can have an impact in the next election in Saskatoon West.

As a member, you will have the opportunity to influence Conservative Party of Canada policy by discussing ideas and resolutions at the local and national level.

The federal Saskatchewan Electoral Boundary Commission created the Saskatoon West electoral district in 2013. According to the 2016 Census, the population of the riding is 83,711 with 54,086 electors. 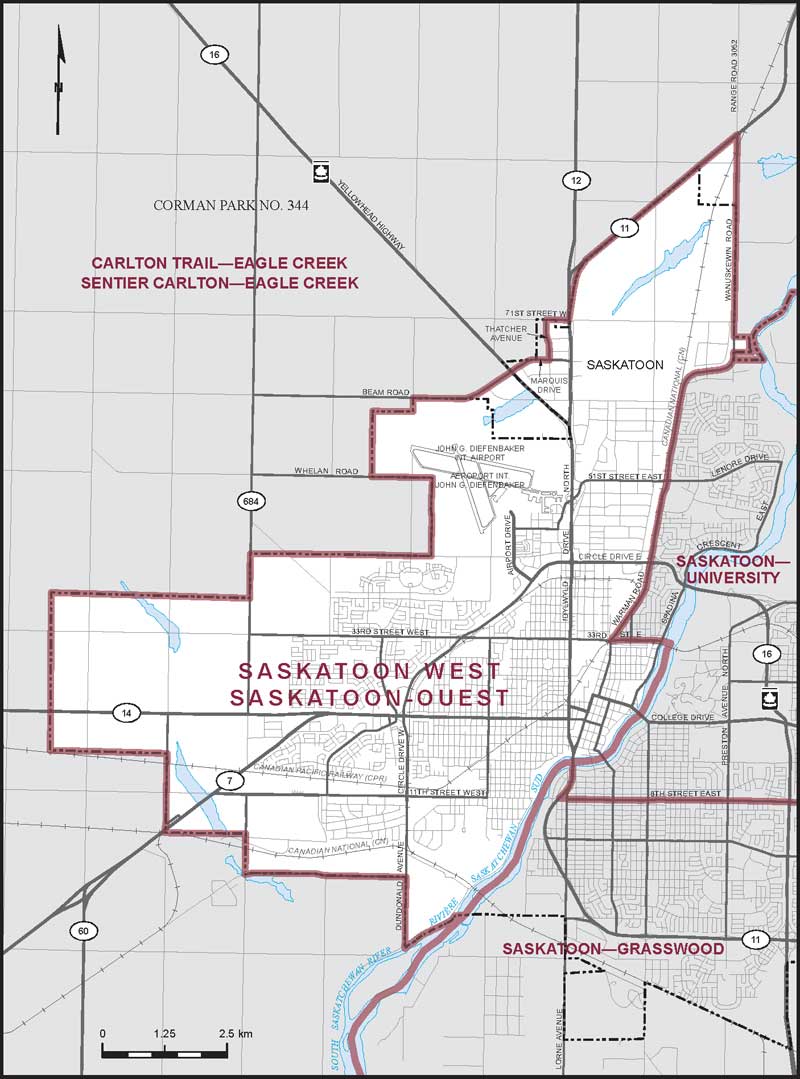